(2) 2.0 A Spatial Portrait of Radford Semele

2.1 Radford Semele is a village and parish of approximately 860 hectares with 2,100 residents lying a short distance to the east of Royal Leamington Spa.

2.2 Radford Semele has existed as an identifiable village for nearly 1,000 years. The first records in 1050 stated that it was between 200 and 500 acres in size and had a mill. Radford is mentioned in the Domesday Book in 1086 at which time the population was estimated to be 160 and included 35 named tenants. The population remained stable and in the Stoneleigh Hundred Rolls survey of 1289 there were 39 tenants. St Nicholas Church was built between 1100 and 1500 although an earlier church may have existed on the site with only the original south wall remaining. Radford acquired the additional name of Semele from the Simely family around 1120 when Henry de Simely- a Norman knight - became the landowner. Kenilworth Abbey acquired most of Radford Semele's lands between 1279 and 1386 and little is recorded of its history until the dissolution of the Abbey in the early 1500s when land was sold off to a number of named tenants. The Old Manor House – where Radford Hall now stands was built in the mid-1500s. 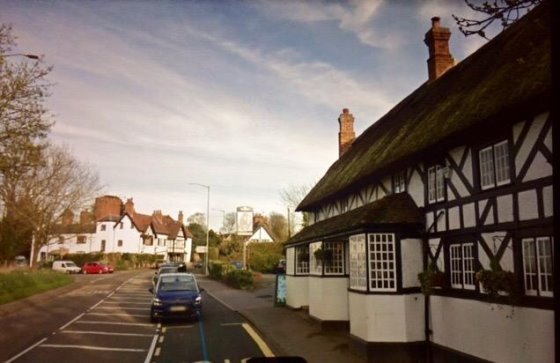 Figure 2 The village pub and manor house: a familiar view of the village

2.3 The village expanded over the next 200 years with a number of dwellings including Radford Hall, the White Lion pub and some thatched cottages along Southam Road adding to the charm of the village. The Yates map of 1793 shows houses on both sides of Southam Road together with a Toll Gate. The canal was constructed in the 1790s and the railway from Leamington to Rugby in 1831.

2.4 The majority of the buildings in the village postdate the 1950s. However, as well as those mentioned in paragraph 2.3 there are a small number of Victorian properties which extend into Lewis Road and include the Baptist Church.

2.5 A section of the Fosse Way and the former Warwick and Napton, now part of The Grand Union Canal pass through parts of the parish. The River Leam, and its small tributaries, form sections of the parish boundary near to the A425 Southam Road. Radford Brook forms the western boundary from the Leam circling to join the Fosse Way to the South. 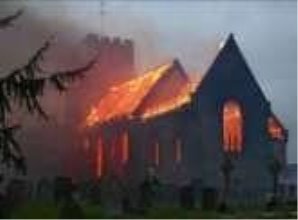 2.7 Most properties in the village were built in various phases over the years since 1920.

2.8 There are some more recent residential developments including:

2.9 The village's population has grown from 2,012 (2011 Census Figure 4) to its present population of over 2,500[1]. At the time of the 2011 Census, almost 40% of the resident population was aged 30-59; with almost 20% of residents aged over 65; and 19% aged under 18. For those of working age, most employment opportunities lie mainly outside the village in nearby centres, such as Royal Leamington Spa, Warwick, Coventry and Gaydon.

2.10 Following recent village planning applications; the population of the village is expected to increase by a further 38%, villagers have raised concern about the sustainability of the existing infrastructure (e.g. drainage, roads, school, etc).

2.11 The developed area forms only a small part of the total parish area. The most extensive land acreage in the neighbourhood area is highly valued arable farmland and includes Canalside Community Food, a community supported agriculture scheme which specialises in organic vegetable production. The parish resides in an attractive setting of rolling rural countryside typical of the Feldon National Character Area. The openness of the surrounding countryside helps to retain the rural village as a separate entity, with open, arable land surrounding the village and preventing it coalescing with its larger neighbour, Royal Leamington Spa. 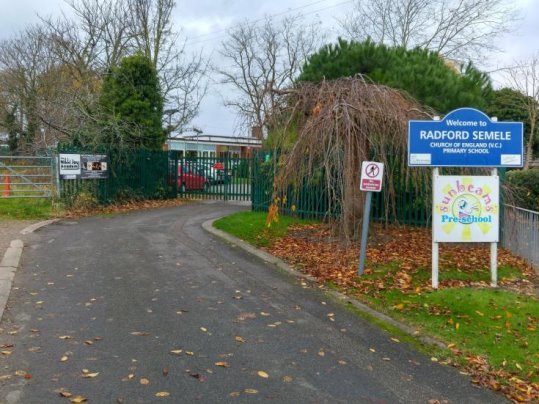 2.12 This surrounding land is mostly high-grade agricultural land (generally grades 2 and 3a deemed "Best and Most Versatile"[2]) that is extensively cultivated with wheat, barley, beans, oilseed rape and maize. Copses and woodland stand from former times. Thousands of new trees have recently been planted by farmers and others. From the high point at Crown Hill (300 feet), the land creates attractive rolling countryside with undulations in all directions. In the northern direction it reaches the river Leam. The church spires and towers in Leamington Spa, itself in a hollow, are visible to the west. To the south the neighbourhood area reaches the Fosse Way and looks to Ufton Church and Wood; visible too is Chesterton Windmill. These attributes, which have been maintained by farmers for generations, provide the intrinsic character and beauty of the open countryside with its paths providing opportunity for enhancing personal well-being, both physical and mental, which must be retained and enhanced. Future housing development must not be allowed to erode this rural character. 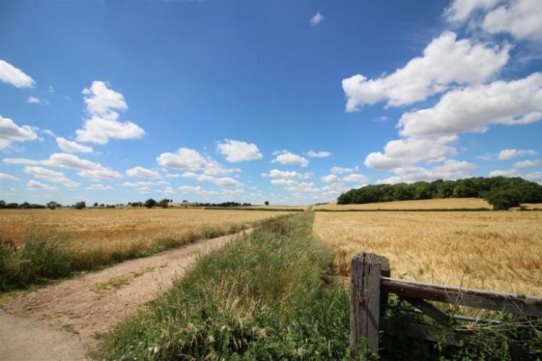 Figure 6 : The village is surrounded by open countryside

2.13 The A425 Southam Road provides the only artery through Radford Semele village with Offchurch Lane providing a minor road to and from villages situated to the north and east of Radford Semele. All roads leading off these two roads are cul-de-sacs each leading to a small housing development. Lewis Road and School Lane are linked by Hatherell Road. Lewis Road, itself a cul-de-sac beyond Hatherell Road, provides access to the Victorian early development of the village while School Lane provides access to later housing developments built in the second half of the twentieth century. Each of the cul-de-sacs his its own individuality. There are many examples where groups of residents have formed long-term community relationships.

2.14 On entering the parish from Leamington Spa, the Southam Road traverses attractive rural countryside with housing occurring mainly on the southern side. Historic properties including Radford Hall, St Nicholas Church in its setting across the field, the White Lion, Manor House with its water tower and several thatched cottages line this road. This forms the initial visual image of Radford Semele and gives it its public persona. This is highly valued by the community and valued by many who pass through the village or just visit.

2.15 Lewis Road was the site for the early development of the village and it retains some Victorian or earlier properties. The Village Store & Post Office and Hairdressers are sited next to the current village green. Nearby is the Baptist Church, dating from the 1890s and the Community Hall and playing field, which has been a community facility since the 1960s. Beyond, the road terminates leading to tracks to farms and footpaths, extending to the village boundary on Fosse Way and Whitnash.

2.16 The main community activities within the village take place at the churches, the Community Hall and the playing field. The Village Shop/Post Office form focal points for friendship, and casual exchanges and conversations. The Primary School is a focal point for parents. The Sports and Social Club provides a close link to the community through its membership. The White Lion provides a point of contact for many within the village. The Community Hall provides meeting facilities for all the village organisations and for public and private functions. The playing field not only provides a leisure area for all, it is the home of three local football teams. Three bus stops, with their hourly, daytime service, provides a point of contact and access to all the facilities within the largest local centre Royal Leamington Spa. This is an essential service for those villagers who do not have their own transport, however the frequency of buses could be improved.

2.17 Although bisected by the busy A425, Radford Semele is rural in nature and is surrounded by agricultural land with many hedgerows, some ponds and several parcels of woodland (Information Maps 2 and 3). It has a network of footpaths that can link its residents to tranquil settings in the surrounding area of countryside offering benefits for both physical and mental health. Some of these paths can also be used by horse-riders and cyclists. The network includes part of the towpath of the Grand Union Canal, which is both tranquil and rich in wildlife. National Cycle Route 41 passes through the parish via the Grand Union Canal towpath, although at present this is not safely accessible from the A425.

2.18 A healthy natural environment is of vital importance to people, places, the economy and nature itself. The varied wildlife and habitats within the parish allow a valued range of biodiversity, which should be maintained and enhanced. Hedgerows provide a series of wildlife corridors linking Local Wildlife Sites to the north and west of the parish to other areas of ecological importance as can be seen from Information Maps 2 and 3. The ecological value of Radford Brook and its environs which form the western boundary of the Parish (with Whitnash) offer a wide range of habitats, both in water, terrestrial and arboreal. Many of our range of flora and fauna, including some of note, are found here; examples include otter, hare, harvest mouse, great crested newts, grass snakes, birds of prey, kingfishers, bees and 3 species of owl. The routes of the canal and the stream which helps form much of the northern boundary of the Parish contribute in the same way. Within the Parish are several species rich hedges and others which form wildlife corridors encouraging the movement of wildlife and extending their range. These linking corridors must be maintained and enhanced to ensure no loss of biodiversity. This is presently being undertaken by local nature groups, such as FoRGE through locally funded initiatives. Many of our paths and roads pass through or close to these spaces and so are appreciated by all who use them. 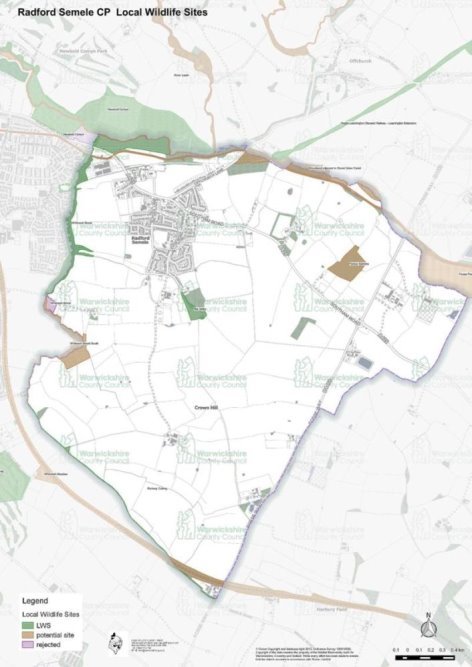 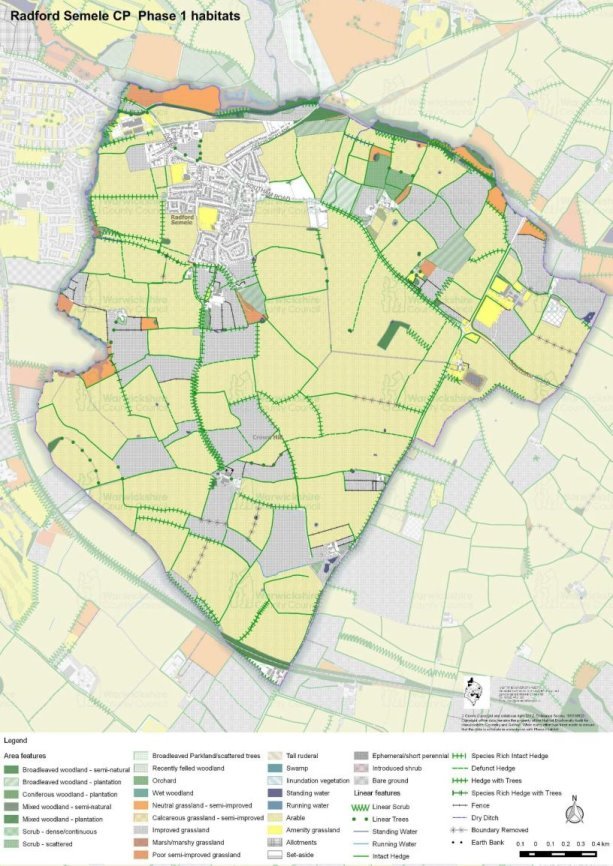