Warwick District lies within the heart of Warwickshire and is due south of the city of Coventry. It covers an area of 28,226 hectares. Approximately 80% of its population of 132,900 (2006 mid year estimates) live within its four towns of Royal Leamington Spa, Warwick, Kenilworth and Whitnash.

The district's character, and much of its appeal, comes from its wealth of historic buildings and areas. The district contains 29 conservation areas and approximately 1500 listed buildings, some of the most notable of which include Warwick and Kenilworth Castles, Stoneleigh Abbey and the two country houses of Packwood and Baddesley Clinton (both owned by the National Trust).

For all of these reasons, Warwick District has become a desirable place to live and work and the district has seen sustained growth over recent years with 15056 new homes built in the period 1976 to 2001. This has helped the district meet the challenges of a changing economy, with growth in the service sector and a rise of white collar jobs over the last 50 years making up for a steep decline in manufacturing jobs (many of which have been tied to the changing fortunes of the automotive industry). Today, unemployment is low within the district (1.6% in 2007), however this masks local pockets of deprivation where unemployment is much higher.

Growth in Warwick District in recent years has been primarily focussed on its four towns. In the last 20 years this has been seen in two ways. Firstly, there has been the release of large green field sites on the edge of towns for new housing and employment uses, with major development in areas such as Tachbrook Park, Warwick Gates, South Sydenham and South West Warwick. Secondly, particularly since 2000, there has been more development within the urban areas of brownfield sites such as the former Pottertons and Benfords factories in Warwick and the Regent Court development in Leamington. Since 2001, brownfield sites within urban areas have accounted for 426 new homes per year, leading to Warwick District having one of the highest overall levels of house building in the West Midlands.

Growth has also been seen outside of the urban areas. The rural areas have witnessed significant development pressure, both on large sites such as the former Hatton Hospital and many smaller sites within and adjacent to the many villages within the district. The district also has a number of major existing institutions and organisations that are located within the rural area and some of these have sought permission to expand or redevelop. Examples of this include the Royal Agricultural Society of England at Stoneleigh Park (the National Agricultural Centre), the University of Warwick, Coventry airport and Prodrive at the former Honiley airfield.

What is a Core Strategy?

In 2004, a new act of Parliament, the Planning & Compulsory Purchase Act, was enacted. This required the gradual replacement of Local Plans with a new series of planning documents, to be known collectively as the "Local Development Framework" (LDF). A key principle behind the LDF is that it contains a number of documents, and that local planning authorities can determine (within limits) which they prepare and in which order, to reflect local circumstances and priorities. For example, Warwick District Council has already prepared planning guidance on managing our housing supply, vehicle parking standards and affordable housing.

The planning context for the Core Strategy

Although Warwick District Council is the planning authority for Warwick District, this does not mean that the Council is entirely free to choose its own planning policies. There is a framework of legislation, national planning guidance and regional planning policy within which we must operate. The planning context for Warwick District over the period to 2026 is heavily influenced by this context, and in particular by regional planning policy. This is set out in the Regional Spatial Strategy (RSS). The RSS sets the broad framework of policies for the whole West Midlands region and, like the Core Strategy, is itself subject to public involvement and independent examination. Importantly, it identifies how much new housing and employment land should be provided within each authority over the period that it covers.

The current West Midlands RSS was issued by the Secretary of State in 2004. It is at present being reviewed to take account of new projections for the number of new households in the West Midlands that it is anticipated will be in existence by 2026. These projections show that there will be a requirement for significant additional homes above those originally projected (in the 2004 RSS) for the West Midlands. This is part of a national trend of household growth, and the Government has made it clear that every region within the country will be expected to play a part in meeting the need for further housing, and the jobs that accompany this.

For Warwick District, it is anticipated that this will mean that we will be required to accommodate a significant number of new homes and jobs within the district over the period to 2026. The precise implications of this are considered in section 4 (the key issues facing Warwick District). It should be noted, however, that the process of reviewing the current RSS is still underway. This review is called the "West Midlands RSS: Phase Two Revision". The West Midlands Regional Assembly (the body undertaking the Review) approved its draft RSS Review (called the "Preferred Options") in October 2007 and there will be a region-wide public consultation on this in early 2008. It is expected that the final version of the "West Midlands RSS: Phase Two Revision" will be issued by the Secretary of State early in 2009.

Notwithstanding the fact that the review of the RSS has not been completed, this Issues Paper takes as its basis the figures for growth given in the "Preferred Options" document approved for consultation by the Regional Assembly. This will allow everybody in Warwick District to consider the possible implications of significant growth in the district and how this may be addressed. 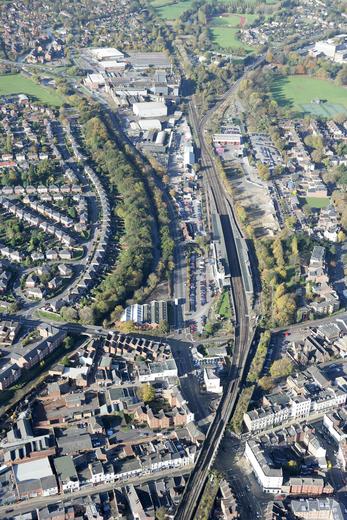 The Core Strategy and the Sustainable Community Strategy

The purpose of this Issues paper, and the public consultation that is following its publication, is to foster a wide ranging public discussion about the key issues that will be affecting Warwick District over the period to 2026. We would wish to encourage everybody to contribute to this debate by making their views known. As part of this consultation you can:-

We would ask that you complete and return your questionnaire, either electronically or by post, no later than 18th January 2008. We will then analyse the comments made and report a summary of these in the spring of 2008. From then on, the anticipated timetable for preparing the Core Strategy is as set out below.

If you have any questions about the Core Strategy, please contact the Planning Policy Team at the Council on 01926 456505 or email us on ldf@warwickdc.gov.uk