2.1 The Canals that run through Warwick District are:

The Grand Union Canal runs east to west through the southern part of the district from a point just to the east of the Fosse Way beyond Radford Semele, to the point where it links to the Birmingham and Fazeley Canal south east of Kingswood and on to the edge of the Warwick District Boundary, east of Dorridge. The more urban section of canal runs through the towns of Leamington Spa and Warwick.

The Stratford upon Avon and Birmingham and Fazeley Canals:

The Stratford upon Avon Canal commences its course through the district at a point south of Lowsonford and runs northwards to become the Birmingham and Fazeley Canal at the point that the Grand Union meets it (Kingswood Arm) and thence westwards until it exits the district at the south eastern corner of Hockley Heath. This part of the canal is very much more rural in character. 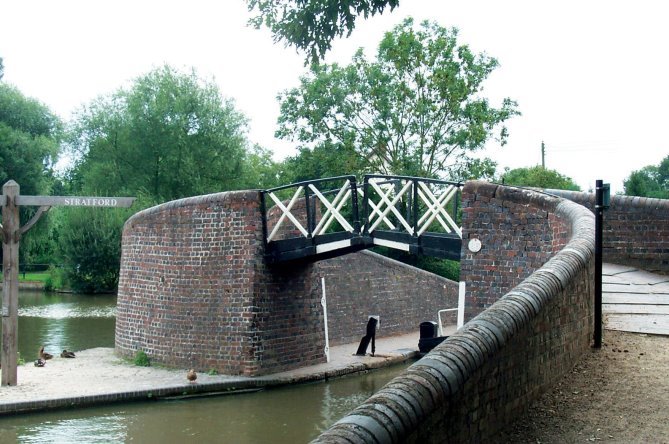 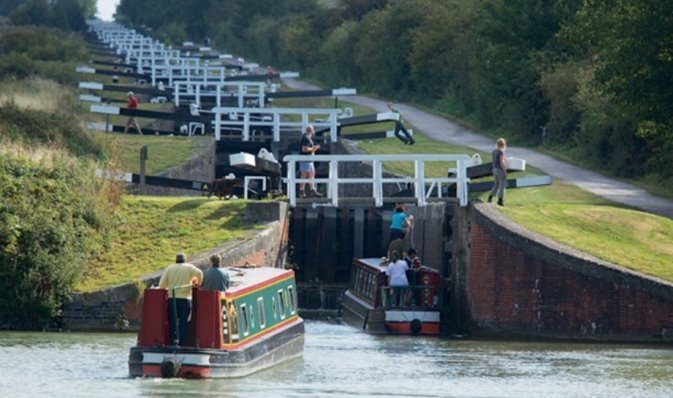 The Hatton Flight of locks today 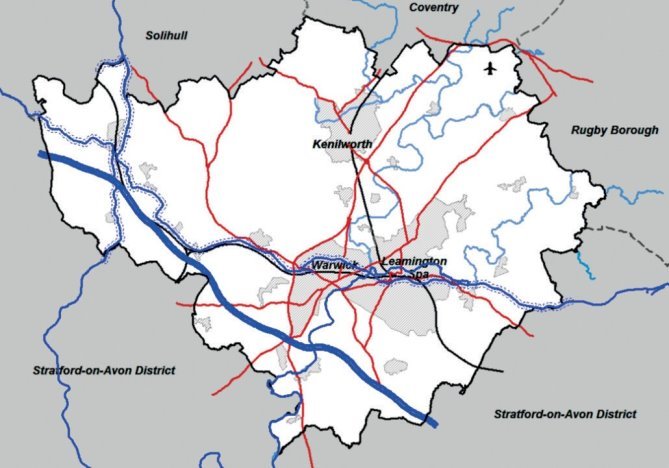 2.2 A Brief History of Canals in Warwick District

The Romans first built canals in this country for the same purpose for which they were required in the 18th Century; to move heavy cargoes from point A to point B and to transport large amounts of water across valleys and hills. Most of the Roman canals were set up as irrigation systems, for land drainage or to link rivers. The Fossdyke in Lincolnshire was built around 120 AD, to connect the River Witham to the River Trent and is probably the oldest canal in Britain.

2.3 In the 18th century it became clear that for the new industries which were emerging as a result of the Industrial Revolution an efficient way of transporting raw materials was necessary. The Government was lobbied to pass Acts which enabled the construction of canals to commence with money raised by the new entrepreneurs forging new businesses which needed to move goods quickly from the point of origin to the major cities of Great Britain.

2.4 The work force for digging the 'cuts', where the landscape was literally cut into to enable the water to be channelled along, largely came from Ireland and the industrial north of England and became known as the 'navigators' or 'navvies'; a term still in use today for those labouring on building projects.

2.5 Following the natural terrain of the land, the canals often skirted hills and valleys, but when the water level inevitably had to change to traverse the landscape, locks were built. These were used to great effect to raise or release water levels to enable the next level to be navigated. Where necessary, a staircase of locks was used, as in the case of the 'Hatton Flight' or the 'Stairway to Heaven' locally.

2.6 The Grand Junction Canal received its Act in 1793 and was fully operational by 1805. The original Grand Junction Canal ran from Birmingham to London, was 137 miles long and had 166 locks. It was built at a time when there were no railway connections and roads were poor, to improve communications between Birmingham and the Midlands and London and to serve businesses which had emerged from the industrial revolution and which were heavily reliant on a constant supply of coal. 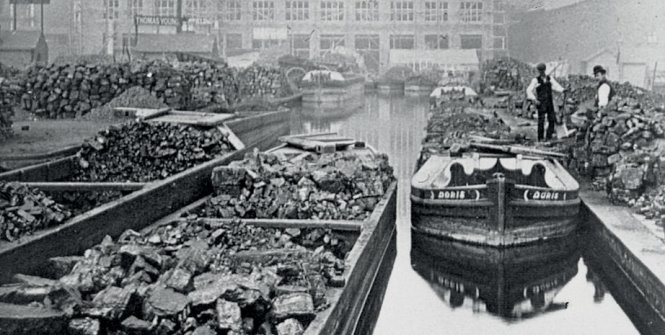 Coal Barges on the Birmingham Canal


2.7 The Grand Junction was built as a broad canal in the south where 14ft boats could be accommodated, but at its northern end it joined the Oxford Canal which was narrow and the canals into Birmingham were also narrow. It was generally therefore used only by narrow boats, except at the London end. The advent of the railways meant that the waterways were forced to adapt in order to survive.

2.8 The section through this district was designed for narrow boats and was built by two companies; the Warwick & Napton Canal and the Warwick & Birmingham Canal. Working together meant that the canal profited until 1838 when the railway was built bringing direct competition.

2.9 In 1894 the Grand Junction purchased the canals which now comprise the 'Leicester Line'. In 1929 the Regent's, Grand Junction and the two Warwick Canals merged and became the 'Grand Union Canal'.

2.10 The new company, with the help of government loans, modernised this part of the system to enable broad-beamed boats to work between London and Birmingham. Dredging was carried out and the banks protected with concrete strengthening, bridges widened or replaced, and narrow locks replaced with broad locks. Completed in 1937 much of the canal remained too shallow for broad boats to pass each other and unable to pass in tunnels however. Narrow boat traffic increased in the short term, but post-war with canalside factories no longer using coal as a fuel or having it brought in by other transport methods, the canals declined. Loading boats along the Grand Union Canal was phased out in the 1930's.

2.11 How The Use of Canals Has Changed

Having been built for trading purposes to transport large, bulky items with relative ease, the canals fell out of favour with the coming of the railway and a much improved and extended road network. With no real purpose, those canals that fared best became a haven for wildlife and a place for quiet contemplation and angling/water based leisure. Those that fared less well became overgrown, abandoned and totally disused other than as rubbish tips. 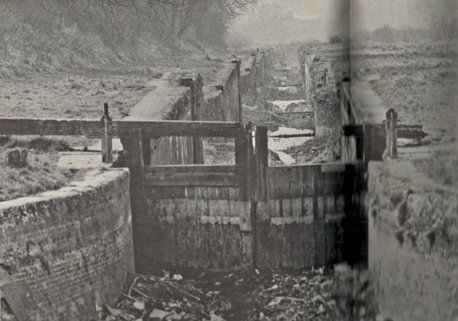 The Kennet and Avon Canal, Devizes (from 'Canal' by Anthony Burton and Derek Pratt) 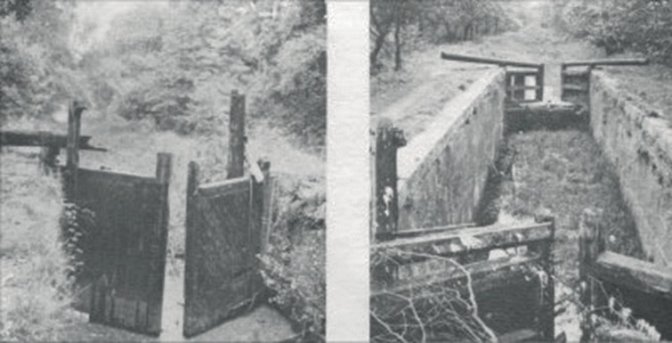 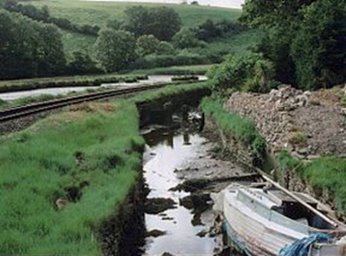 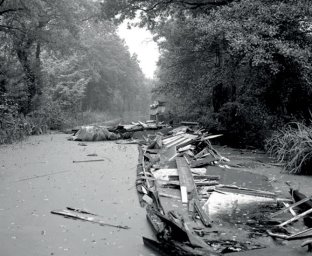 Above Lock No. 2 Basingstoke Canal (Wikipedia)

2.12 Today, with a renewal of interest in the canals and in canal travel for pleasure, there are far more uses for canals than ever before. From those wishing to travel in their leisure time on narrowboats and other craft, to walkers, cyclists and anglers, the resurgence in interest has sparked off a whole new demand for canal use and activities. Some canal based small businesses have also sprung up creating a new sense of purpose and embracing the concept of travel as part of that business for some.

2.13 The importance of canals is increasing in terms of use as a resource too. Not only does the canal act as a waterway to convey people and to some extent, goods, but it also acts as a reservoir, storing water for times of drought caused increasingly by climate change. Water is abstracted on the canal system for both agriculture and commercial uses. There are real issues around the level of topping up and abstraction, since there are more applications for licences to abstract water made year on year. The level of water needs to be maintained to allow navigation and to keep the water clean and aerated enough to support fish and other animal and plant life.

2.14 What Has Happened Elsewhere?

An excellent example locally of the resurgence in interest in the canal network and the way in which the canal is utilised, is Birmingham and in particular around the Gas Street Basin and Brindley Place area where a substantial amount of investment has regenerated the canal and the surrounding district. The following photographs illustrate the difference made. Note that buildings now face onto the canal rather than backing onto it as before. 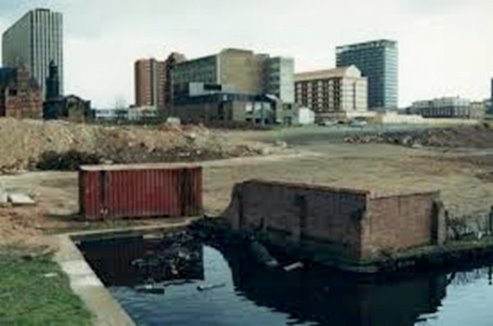 Brindley Place before work was carried out (Urban Buildings) 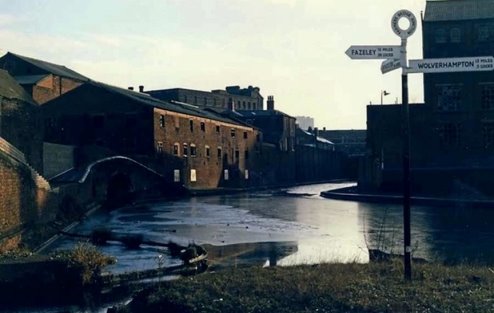 Before Work Started in 1990s at Brindley Place (BirminghamExpress&Star) 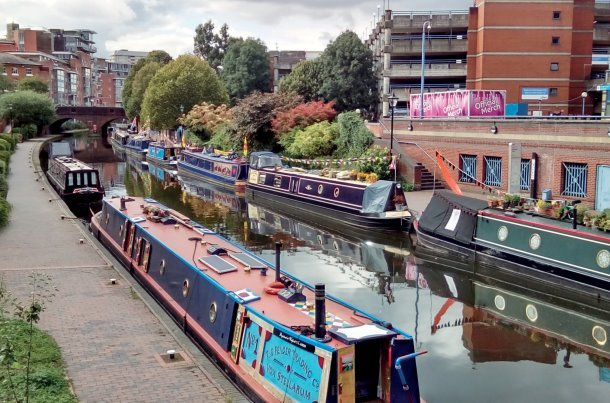 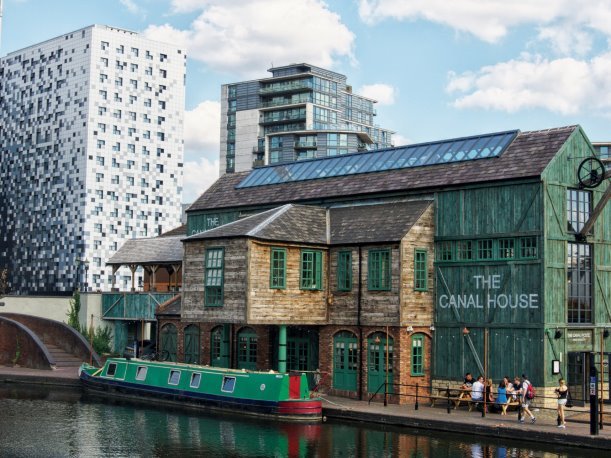 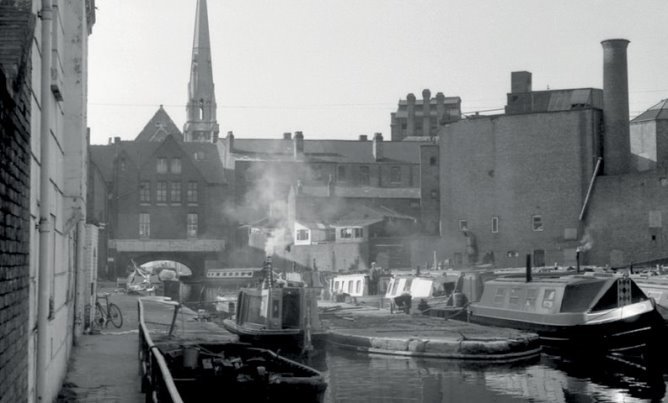 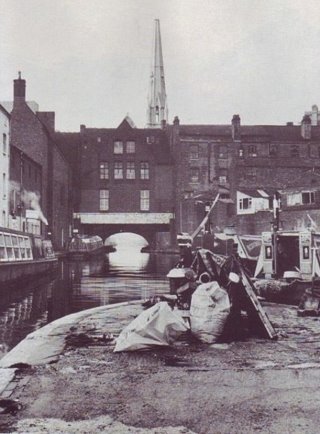 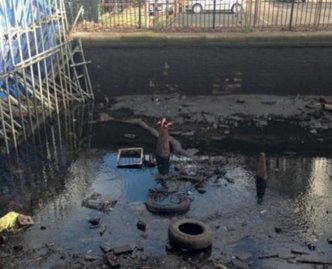 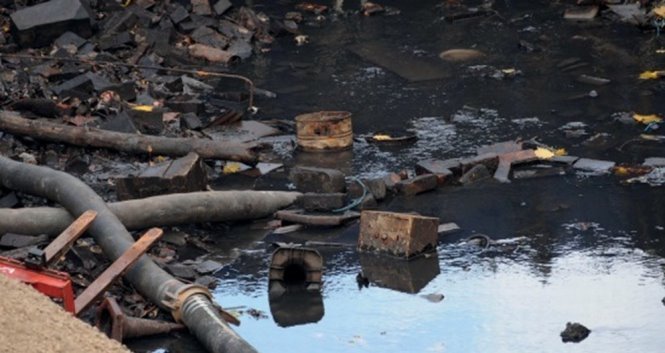 A section of the canal at Islington Row, Birmingham, after being drained (Birmingham Mail) 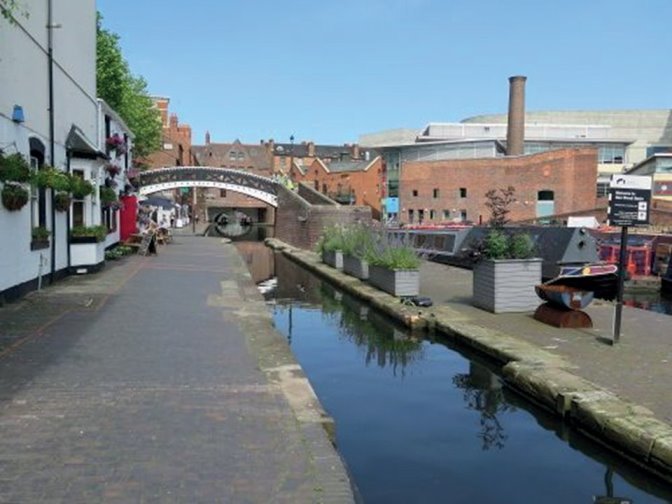 As It Is Today (jim-shead.com) 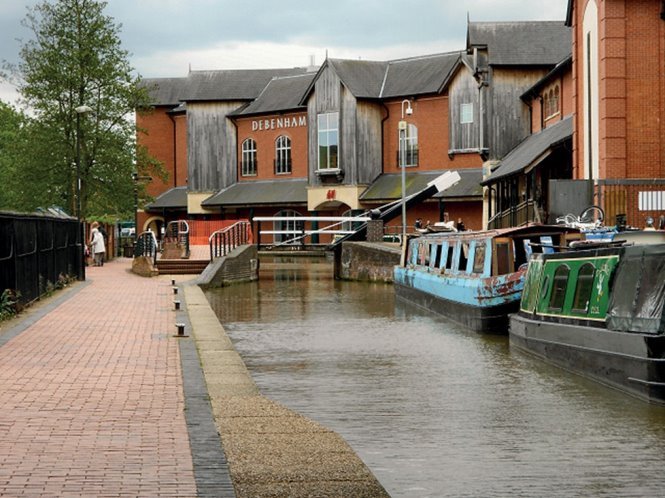