4. Options for growth in Warwick District

We now need to consider how growth can be accommodated within the district. We have done this in three ways.

The factors influencing our choice of options

We consider that the following should inform our choice of options:-


Proposing a range of options for public consultation

In the light of the above factors, we have identified a range of different options about which we would welcome your comments. These options are:-

These options are now described in more detail on the following pages.

Option 1: Focus growth in and around Warwick, Leamington and Whitnash 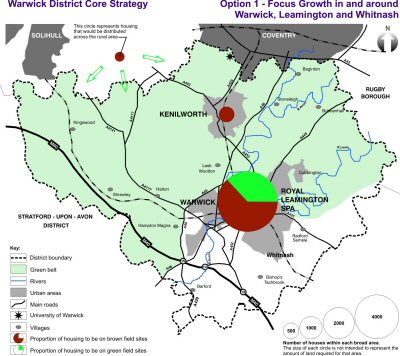 Option 2: Focus growth along the A46 corridor 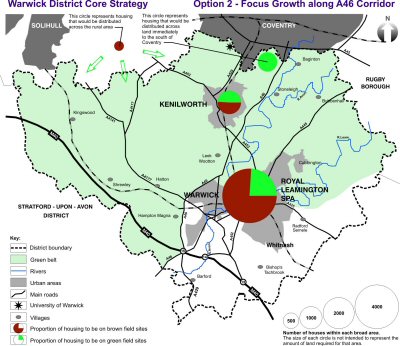 Option 3: Balance growth in and around the four towns 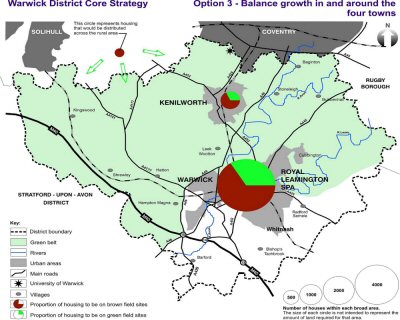 Option 4: Disperse growth across the district including within villages 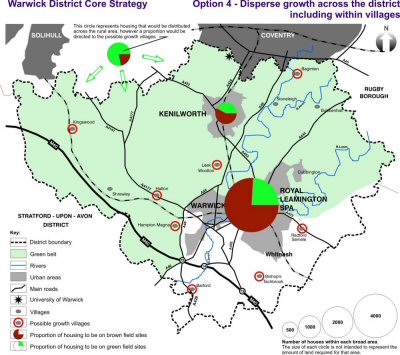 Option 5: Direct growth immediately to the south of Coventry 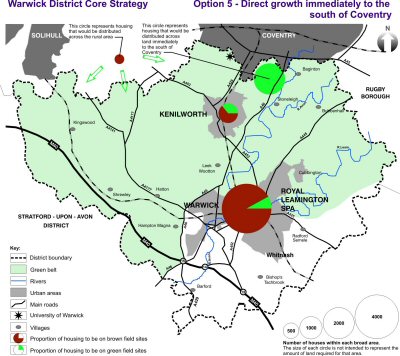 Are there any other options?

As well as the five options above, we have also considered two further options, however we have decided not to pursue these are further.


What is this option?

This is similar to option 1, however in this option all reasonable opportunities will be taken to maximising the number of homes that are built on brown field sites within the towns. This will mean building at higher densities in certain locations.

Why are we not taking this option further?

Option 7: Create a new settlement in the rural area


What is this option?

In this option, a new settlement would be created somewhere within the rural area to accommodate all growth that cannot be comfortably accommodated within the urban areas. This would (approximately) have 2,700 new homes and 10 hectares of employment land.

Why are we not taking this option further?


Where may this development go?

Whilst it is not the purpose of this “options” stage to identify specific sites where development would take place, it is important that we begin to think about where this growth could be directed. We have identified 15 broad “directions of growth” and these are shown on the plan overleaf.

As stated earlier, please note that the Council is not, at this stage, expressing a preference for any of these “directions of growth”. At the present time, we are simply exploring all “reasonable” options.

The possible directions of growth are the following. 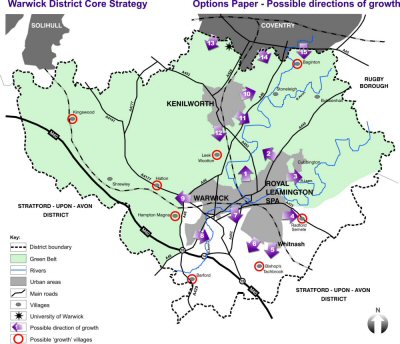