5.1 The Local Plan (2011–2029) has already identified some potential areas for additional residential development alongside the canal in urban areas, i.e. within the Leamington Spa and Warwick stretches of the Grand Union Canal. There is already some purpose built student accommodation (PBSA) being constructed which can help to reuse the more neglected canalside sites, but will also provide much needed surveillance over that part of the system. Problems have arisen in the past with regard to security and crime or perception of crime, in areas within the urban area, that are not overlooked or within the 'ownership' of the local community and therefore considered 'no go' areas.

5.2 There are additionally some areas along the canalside which would benefit from a facelift or other environmental improvements. This could be achieved at the same time as new development takes place and planning conditions on an approved scheme would ensure that this happens. Financial support may be available from either CIL or Section 106 contributions where appropriate.

5.3 In rural areas, problems may be less apparent, but there are environmental issues arising from the use of the canal and land around it and social issues such as access to the canal and the activities associated with it, or remoteness of the canals from facilities and people. 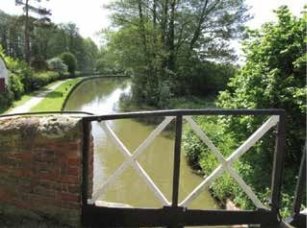 The canal at Lowsonford (WDC) 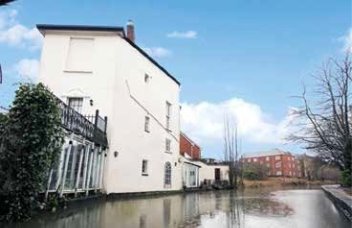 The canal through Leamington (Trip Advisor)

Those identified in the Local Plan:

The Local Plan identified three potential sites that could be considered as opportunity sites as they are employment sites that are no longer entirely fit for purpose.

"These industrial estates arose to accommodate small scale local manufacturing and are characterised by building stock which no longer reflects the requirements of many businesses.

5.5 Decline in manufacturing and the fact that modern manufacturing processes have resulted in the need for smaller footprint buildings means levels of vacancy on these sites will increase over time.


5.6 In addition these industrial estates do not have easy access to the strategic road network and being located within or adjacent to residential areas do not offer the most suitable environment for certain employment uses."

5.7 As these areas are located adjacent to the Canal, they are expected to be brought forward through the Canalside Regeneration Area DPD (Local Plan policy DS17).

5.8 In 2013, the council published its Employment Land Review Update, carried out on behalf of the council, by GL Hearn. The review assessed these three areas as follows:

5.9 One of the largest industrial areas in the District to the south east of Royal Leamington Spa town centre, the area is bound by the railway line to the south and west, the Grand Union Canal to the north, and Sydenham Drive to the east. The estate comprises mainly medium/ large industrial units dating from the 1960's, 1970's and 1980's. The estate appears tired and has a high level of vacancies, most notably the northern half of the estate. Residential areas adjoin to the north and east. It is considered that there is potential for rationalisation and consolidation of the estate and redevelopment of the northern half of the estate for residential led development.

5.10 A large mixed industrial area located between the Grand Union Canal and Millers Road to the north west of Warwick town centre, the area comprises a range of industrial uses and premises, which vary in age and quality. The north west part of the area has now largely been redeveloped for residential use. There are significant vacancies in the western half of the area and the quality of the buildings is poorer than the eastern half which has better quality, smaller premises. It is considered that there is potential for rationalisation and consolidation of the western area with release of land for alternative uses.

5.11 Located to the north of Warwick town centre beside the Grand Union Canal, the highway access is very constrained and there are residential areas adjoining. Montague Road comprises several larger areas, a number of which are either vacant or appear to be coming to the end of their economic life. Redevelopment of this site for alternative uses may be appropriate.

5.12 In conclusion, the review recommended that:

5.13 Part of the site was assessed and deemed unsuitable for further employment use as part of the Local Plan process. Subsequent planning applications (15/0634, 15/1361, 16/1118) were approved for residential development and the houses have now been constructed. 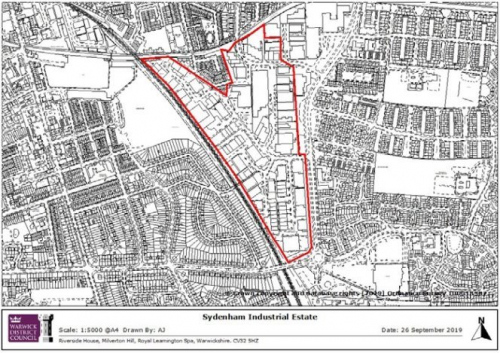 5.14 In 2013, a very small part of St George's Business Park, on the western side of the site, was granted planning permission for a total of 9 houses. These have subsequently been built in a small cul-de-sac, High Bank, in two rows of terraced houses. This will put pressure on the other units around them for residential use, although some of those units have been modernised in recent years. 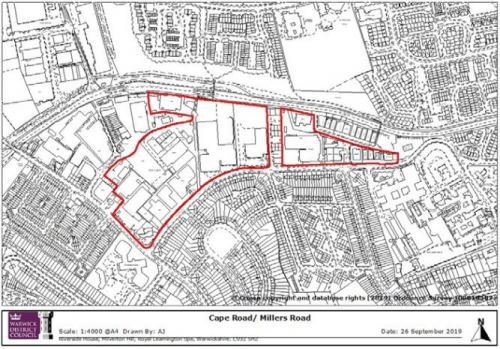 5.15 A planning application (W/19/0170) was refused for the use of the former Ridgeway School and adjacent county council depot, for the construction of 148 dwellings with associated open space, landscaping, internal roads, foot ways, cycle ways and retained access for ambulance station. This site was however allocated as a residential site in the Local Plan (H11). Development of this site would possibly put pressure for residential development on the adjoining area once built out. The employment site was considered to be a longer term prospect through the local plan assessment of potential sites.

5.16 In 2017, planning permission was refused at the former Tamlea building on Nelson Lane for the development of 47no. residential units to include houses and apartments chiefly on the grounds that elements of the proposed design were not considered to be appropriate for the canalside location. A subsequent application is currently under consideration (W/19/1858).

5.17 In common with other local authority areas, Warwick district suffers issues with regard to its urban sections of canal in particular: 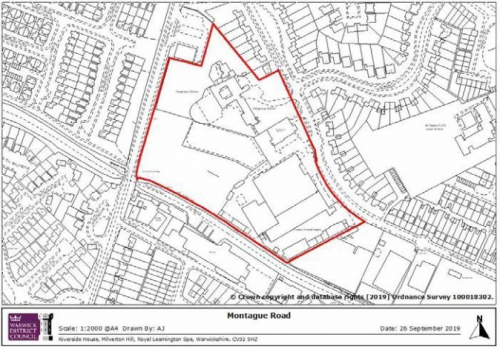 5.18 A series of other sites were also identified and considered in relation to reuse should they be or become available. The table at Appendix 1 lists them all and the results of the analysis for each.